Check us out in November’s Issue of Beyond the Acorn! 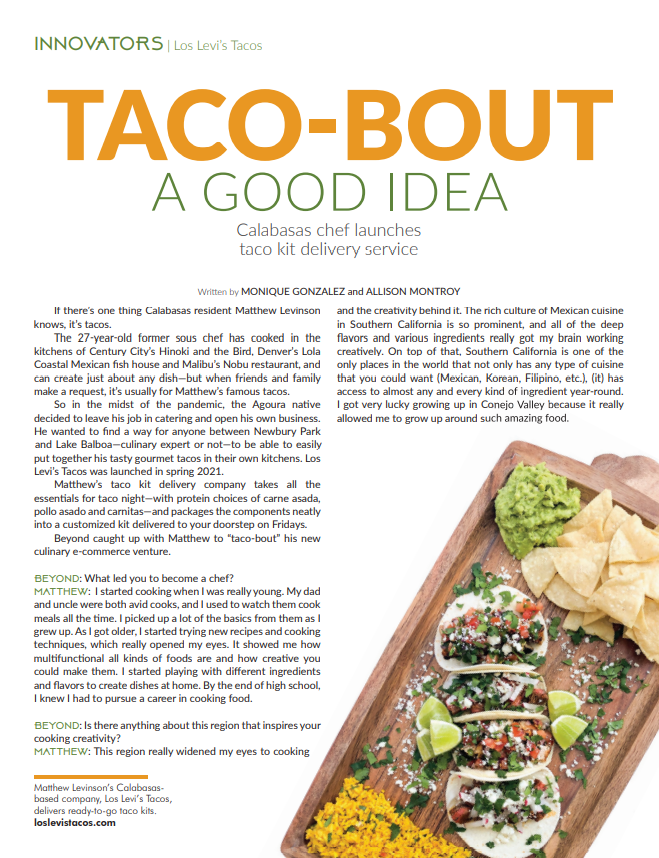 Check us out in July’s issue of Insider North Ranch! 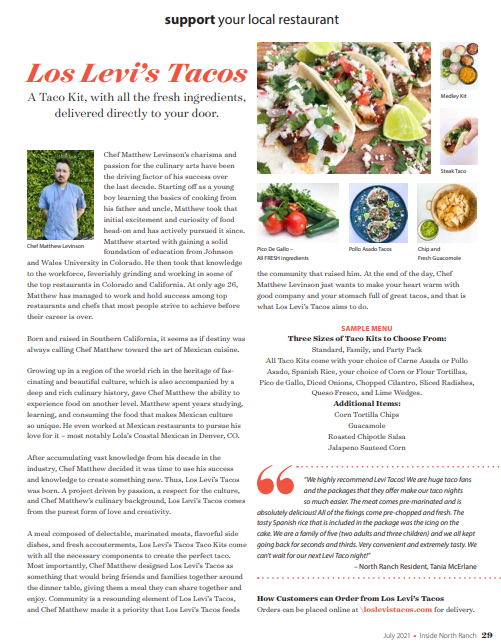 Chef Matthew Levinson is the Owner and Creator of Los Levi’s Tacos. Born and raised in Southern California, it seems as if destiny was always calling Chef Matthew Levinson towards the art of Mexican Cuisine. Growing up in a region of the world rich in the heritage of a fascinating and beautiful culture that is also accompanied with a deep and rich culinary history gave Chef Matthew the ability to experience food on another level.

Chef Matthew Levinson’s charisma and passion for the culinary arts has been the driving factor for his success over the last decade. Starting off as a young boy learning the basics of cooking from his father and uncle, Matthew took that initial excitement and curiosity of food head on and has actively pursued it since. Matthew started with gaining a solid foundation of education from Johnson and Wales University in Colorado. He then took that knowledge to the work force, feverishly grinding and working in some of the top restaurants in Colorado and California. At only age twenty-six, Matthew has managed to work and hold success among top restaurants and chefs that most people strive to achieve before their career is over.

Accumulating vast knowledge from his decade in the industry, Chef Matthew Levinson decided it was time to use his success to create something new. Thus, Los Levi’s Tacos was born. A project driven by passion, a respect of culture, and Chef Matthew’s culinary background, Los Levi’s Tacos comes from the purest form of love and creativity.

learn how to prepare it

Check out our videos and directions on the various ways you can prepare and serve your Los Levi’s Tacos taco kit! 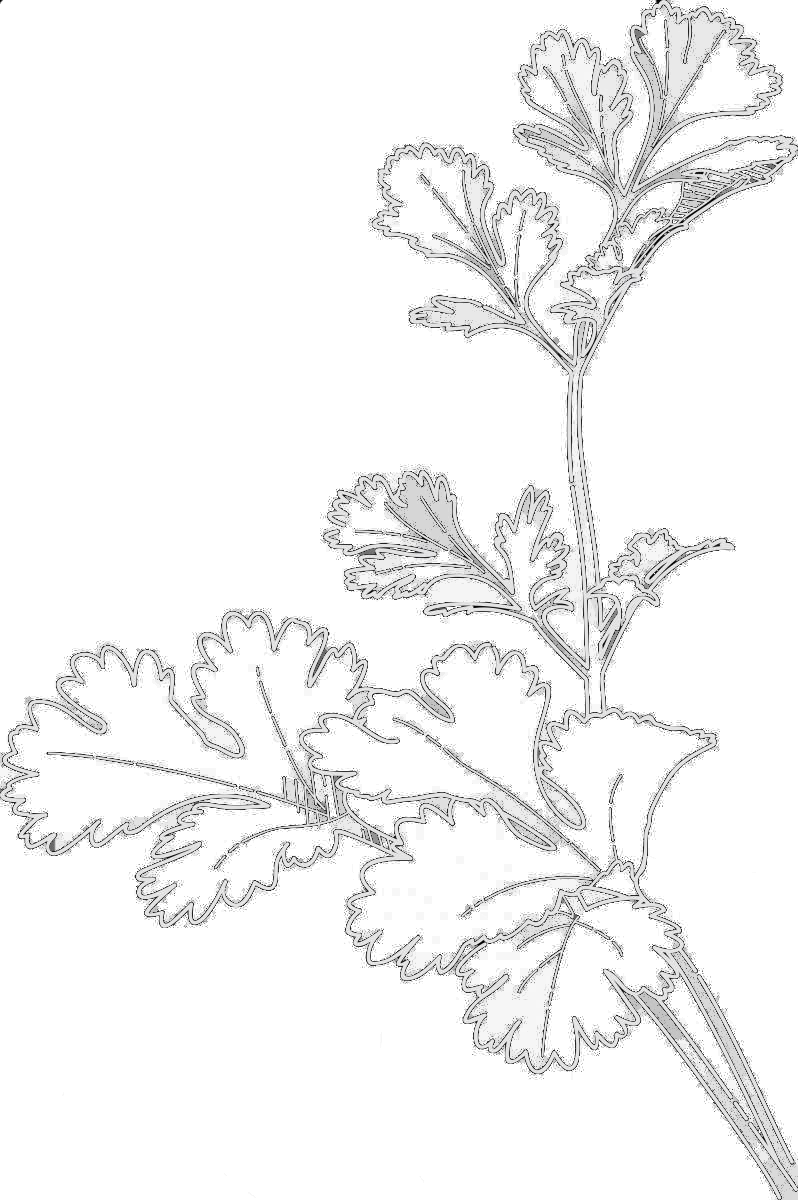 Check out our amazing taco kits! Pick out your favorite one to have delivered to your door now! 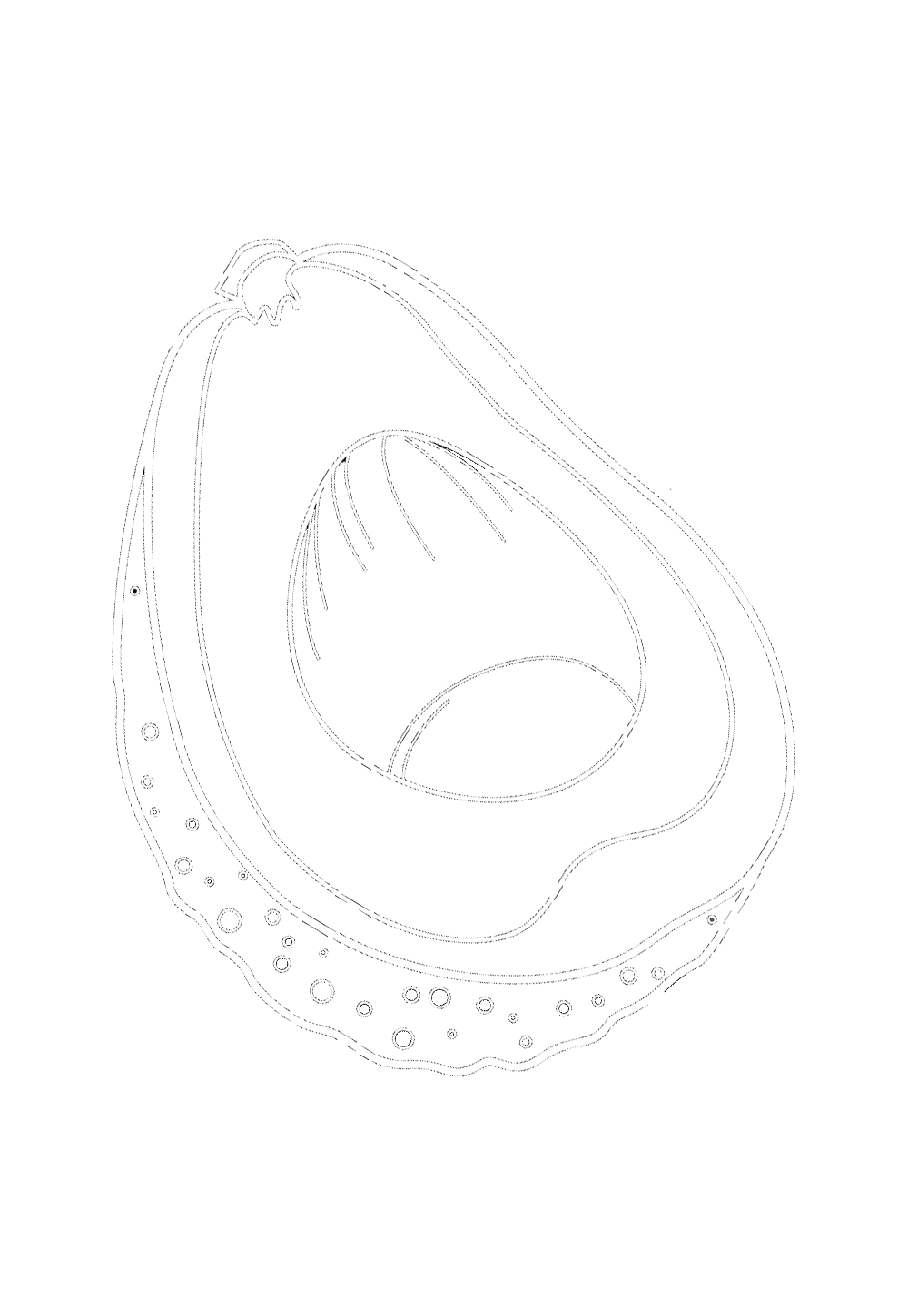 Check out our photo gallery to see how our photos look and the many different ways you can customize your own tacos!

Page load link
We use cookies on our website to give you the most relevant experience by remembering your preferences and repeat visits. By clicking “Accept All”, you consent to the use of ALL the cookies. However, you may visit "Cookie Settings" to provide a controlled consent.
Cookie SettingsAccept All
Manage consent

This website uses cookies to improve your experience while you navigate through the website. Out of these, the cookies that are categorized as necessary are stored on your browser as they are essential for the working of basic functionalities of the website. We also use third-party cookies that help us analyze and understand how you use this website. These cookies will be stored in your browser only with your consent. You also have the option to opt-out of these cookies. But opting out of some of these cookies may affect your browsing experience.
Necessary Always Enabled
Necessary cookies are absolutely essential for the website to function properly. These cookies ensure basic functionalities and security features of the website, anonymously.
Functional
Functional cookies help to perform certain functionalities like sharing the content of the website on social media platforms, collect feedbacks, and other third-party features.
Performance
Performance cookies are used to understand and analyze the key performance indexes of the website which helps in delivering a better user experience for the visitors.
Analytics
Analytical cookies are used to understand how visitors interact with the website. These cookies help provide information on metrics the number of visitors, bounce rate, traffic source, etc.
Advertisement
Advertisement cookies are used to provide visitors with relevant ads and marketing campaigns. These cookies track visitors across websites and collect information to provide customized ads.
Others
Other uncategorized cookies are those that are being analyzed and have not been classified into a category as yet.
SAVE & ACCEPT
Go to Top